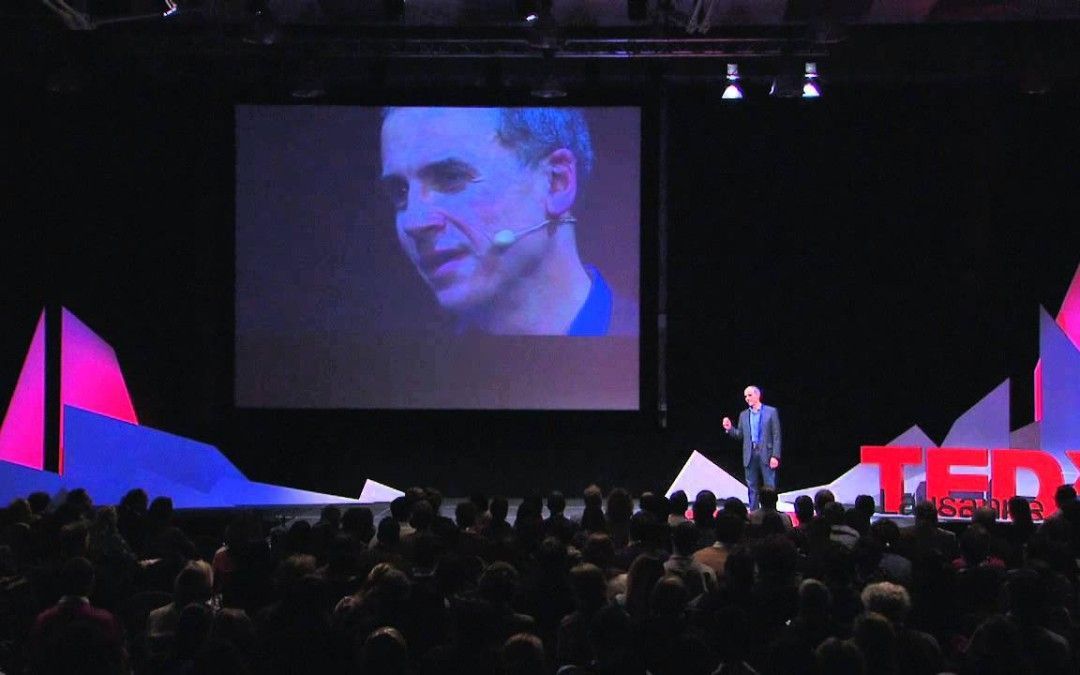 Today’s post will be in English although you will find the Spanish translation below.

Once upon a time there was a lawyer who worked in Switzerland. Life smiled to him; he had a wife, two terrific daughters, a generous wage and the recognition of his colleagues. But somehow, he felt that was not good enough.

He joined Toastmasters International in 2007 and he realized how he enjoyed public speaking.  Probably that was one of the reasons why he was a successful lawyer.

But an idea was growing like foam in his mind. He pretended to leave the lawyer life with its generous wage, its security and its social benefits and switch it for a dream and a bunch of risks. He wanted to start from scratch and become a professional speaker.

That lawyer is John Zimmer, a public speaking master and a legend among Toasmasters.  For having a first contact I recommend you to watch his inspiring TEDx talk.

Today, I have the pleasure of interviewing him but instead of focusing on public speaking tips we’ll talk about some personal issues  trying to discover the person behind the professional speaker.

Hi John, it’s a pleasure talking to you this afternoon. This is a very hackneyed sentence but I’ve never used  it with more sense than today.

I’ve heard your blog has been elected among the 100 best public speaking blogs.  How much time do you devote to it?

I devote a significant amount of time to my blog (mannerofspeaking.org) but I could not tell you exactly how much time because I do not keep track of it. I know it is a lot of time because some posts take a couple of hours to research, write and refine. I am very fastidious when it comes to publishing. I want my work to be correct, well-written and interesting. That takes time. But it is time that I spend gladly and, because I enjoy the work, the time passes quickly for me.

What do you think it takes to be a good blogger?

(1) Great content. There is so much information out there and it is so easy for people to click away if they feel that you are wasting their time. Make your blog posts worthy of your readers’ time. Entertain them or provide them with useful information. They will come back.

(2) A clean, crisp writing style. It has to be your style, but it must be engaging for readers. I try to strike a conversational tone when I write because a blog lends itself that kind of informality. And please proofread your work or have someone do it for you before you publish.

(3) A welcoming website. People get turned off by sites that look sloppy or confusing or have bad colour schemes or hard-to-read fonts. Think of your blog like a coffee shop. What kind of coffee shop do want to visit to sip a coffee and read a book for an hour? A comfortable, clean and inviting one.

(4) Consistency. Decide how often you are going to post and try to stick to that schedule. Once every few days; once a week; once every two weeks. It doesn’t matter. Just post regularly.

Did you attend to any rhetoric school? Where do you get your knowledge from?

No, but I did go to law school and I did practice law for many years, both in one of Canada’s largest private firms and at the United Nations and World Health Organization (WHO). I was fortunate to have had many opportunities to speak before courts, tribunals, administrative boards, company meetings, conferences, university classes and more. I have been a member of Toastmasters International for several years and have a lot of experience participating in the different speech contests. I have been on public radio in Switzerland and also do improv theatre in Geneva. All of this is public speaking and all of it helps build one’s skills as a speaker. I also regularly watch other speakers and study what they do.

After winning 2, 3, 4… District contests, what motivates you to keep on attending to the next one?

Actually, it was seven District contests. 😉 I enjoy the thrill of competing and pushing myself. At the same time, I don’t feel driven to compete in every contest. For example, I won the Humorous Speech Contests at the European (District) level in 2008 and 2009 but I have not competed in that contest since. In fact, the last contest in which I competed was the International Speech Contest in 2013. Part of the reason for my absence has been my work schedule but part has been a desire to step back and play other roles in the contest season (Contest Chair, Judge) and to coach others. I am proud of the fact that many of the people whom I have coached have gone on to do very well at the District level. But I’m sure that I will compete again one day. Once you have the bug, it is hard to shake!

What’s the best advice you received when you began in public speaking?

When I was a young lawyer, I had the opportunity to go to court a lot. A senior lawyer told me, «John, you are going to see lots of other lawyers plead their cases. Watch them, study them, learn from them. But never try to be like them because you can’t. You can only be yourself. You have to develop your own speaking style.»

What’s your favorite quote? (Nope, I won’t accept “All great speakers were bad speakers at first”. -It’s the quote that appears in his blog heading-)

I think something Derek Sivers said resonated with you, is that right? Can you tell me more about it?

Derek gave an interesting talk on the way in which the Japanese name their streets. In fact, the Japanese don’t name their streets. Most streets in Japan are nameless; they are the empty spaces between blocks of houses and apartments and building. It is these blocks which are numbered.  This issue got me thinking about presentations and I believe that a useful parallel can be drawn. Just as most Westerners and Japanese do not necessarily look at street addresses the same way, so too an audience (or different members within an audience) will not necessarily look at a presentation the same way the speaker does.

Why do you think it resonated?

It’s a useful reminder that every speech or presentation is about the audience. They are the most important people in the room.

By the way, how many non-fictions books do you read per year? And non-fiction?  How do you think that influence you?

I probably read 20 or so books a year. I should read more but time has a way of getting away from you. Having said that, I do read good articles and posts on line. I also listen quality podcasts such as The Tim Ferriss Show, Goodlife Project and Startup to name a few. It’s always good to get ideas and inspiration from people who have been successful in their different fields. Many of the skills and tips are transferable to other aspects of life.

Why did you decide to leave the lawyer life and embrace the speaker one?

I love speaking to people and helping them develop personally. And, the idea of being my own boss was intriguing. It was (and is) risky, but my philosophy is that I would rather try something and fail than not try and always wonder what might have been. Besides, two of the things that I enjoyed most about the law—meeting different clients and learning about their businesses, and speaking—are two things that I get to do all the time now

What did your family thought?

My wife and daughters were (and are) 100% supportive, which is huge. Interestingly, many friends with whom I worked at the WHO came to see me when they heard that I was leaving a secure job with excellent benefits. Several of them asked me if I were crazy (in a well-meaning way!). Now when I see them, many of those same people tell me that I am so lucky to be on my own. It’s funny how you can go from crazy to luck in one step! Of course, there is a lot in between the two that people don’t see

What do you enjoy most of your job?

The independence is great, but even better is the satisfaction that comes with knowing that I get an opportunity to make a difference in the lives of others, whether it be through my speeches, my workshops or my writing. I sleep very well at night.

Thank you for your time John. I wish you the best in this new adventure.

Finally, in order to help you understand what kind of human being John is, here you will find his late article in which he explains how did he solved a dilemma about money and values.

This website uses cookies to improve your experience while you navigate through the website. Out of these, the cookies that are categorized as necessary are stored on your browser as they are essential for the working of basic functionalities of the website. We also use third-party cookies that help us analyze and understand how you use this website. These cookies will be stored in your browser only with your consent. You also have the option to opt-out of these cookies. But opting out of some of these cookies may affect your browsing experience.
Necessary Siempre activado
Necessary cookies are absolutely essential for the website to function properly. This category only includes cookies that ensures basic functionalities and security features of the website. These cookies do not store any personal information.
Non-necessary
Any cookies that may not be particularly necessary for the website to function and is used specifically to collect user personal data via analytics, ads, other embedded contents are termed as non-necessary cookies. It is mandatory to procure user consent prior to running these cookies on your website.
GUARDAR Y ACEPTAR